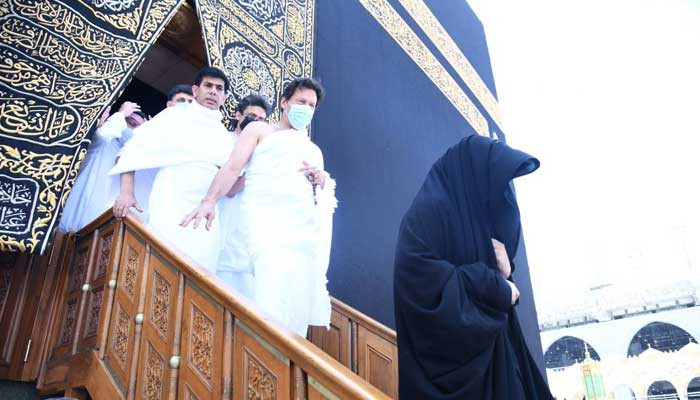 MAKKAH: Prime Minister Imran Khan on Sunday performed Umrah along with his delegation during his three-day official visit to the Kingdom.

As a special gesture, the doors of the Holy Kaaba were opened for Prime Minister Imran Khan where he offered Nawafil and prayed for peace and prosperity of the country as well as the Muslim Ummah.

The prime minister, along with his wife, performed the obligatory tawaf and Sai.

Earlier, while being in Masjid-e-Nabvi on Saturday, the prime minister was accorded a rare honour of visiting visit the Sacred Prophetic Chamber, also known as Al Hujratu n-nabawīyatu l-sharīfa.

The Sacred Chamber was once the house (Hujra) of Hazrat Aisha (R.A.).