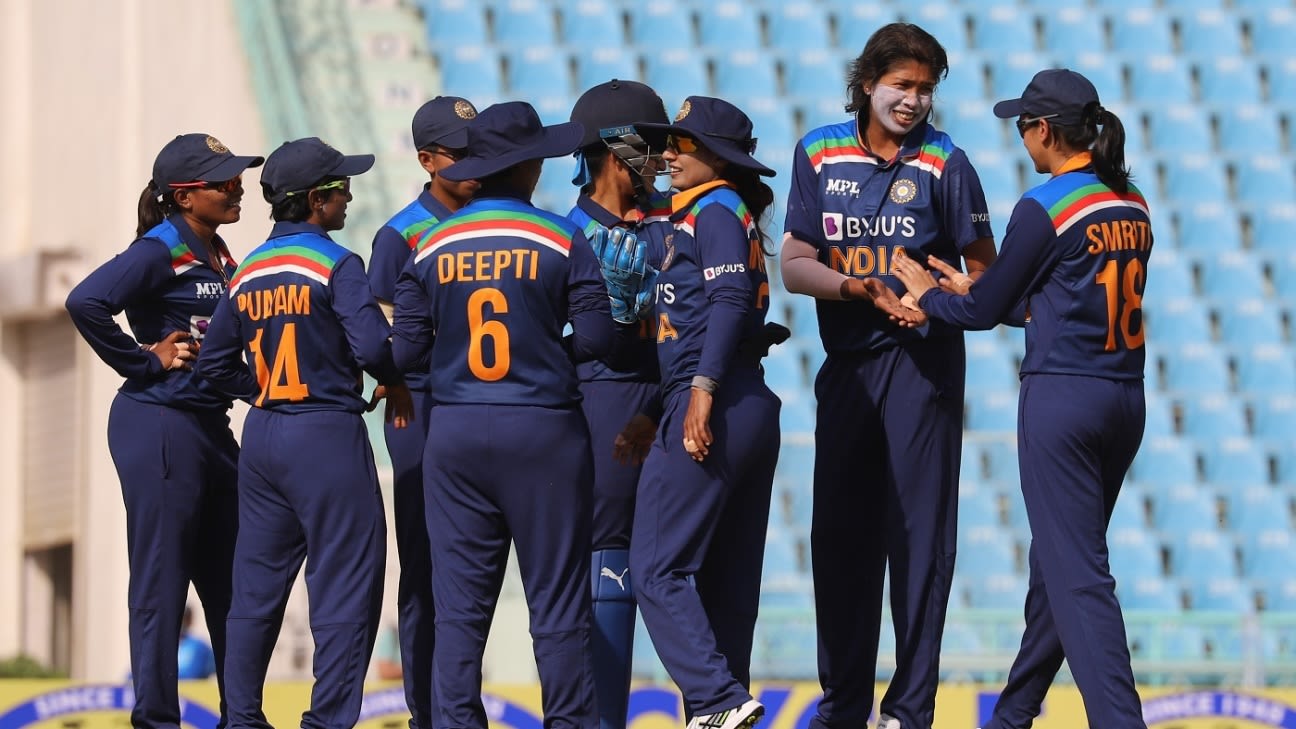 The squad hasn’t been named yet, but players have been asked to assemble in Mumbai on May 18

The India Women players are without central contracts from September 30, 2020 and aren’t sure if they will have signed new annual retainers by the time they board their flight to the UK on June 2 for a tour comprising one Test (their first in nearly seven years), three ODIs and three T20Is.

A BCCI functionary told ESPNcricinfo that the matter was wholly being dealt by secretary Jay Shah’s office. As of Friday (May 14) afternoon, the selection committee headed by former India left-arm spinner Neetu David hadn’t named the squad for the England tour.

However, ESPNcricinfo understands the players have been asked to assemble in Mumbai on May 18, and follow a two-week quarantine, like their male counterparts, before the entire contingent flies to the UK on June 2.

The only cricket the women players have played since their runners-up finish at the T20 World Cup in March last year has been the four-match Women’s T20 Challenge in Sharjah in November and two limited-overs series at home against South Africa, which they lost, earlier this year. Those defeats led to scrutiny on WV Raman’s position as head coach, and on Thursday, he was replaced by Ramesh Powar.

After the tour of England, which ends on July 15, India are slated to tour Australia and New Zealand later in the year or early next year as part of their 2022 ODI World Cup preparation. Several Indian players are also set to feature in the Hundred in the UK and the WBBL in Australia between late July and late November.

In April, the BCCI had announced new annual retainers for 28 male players across four categories (Grade A+: INR 7 crore, Grade A: INR 5 crore, Grade B: INR 3 crore, Grade C: INR 1 crore). As per their previous contracts, the women’s retainers, in comparison, were awarded across three categories: Grade A: 50 lakhs, Grade B: 30 lakhs and Grade C: 10 lakhs.

In all, 22 women’s players were awarded annual retainers in 2020, with Smriti Mandhana, Harmanpreet Kaur and Poonam Yadav part of the highest bracket. Mithali Raj, the current ODI captain, was demoted to Grade B after retiring from T20Is.

Shashank Kishore is a senior sub-editor at ESPNcricinfo