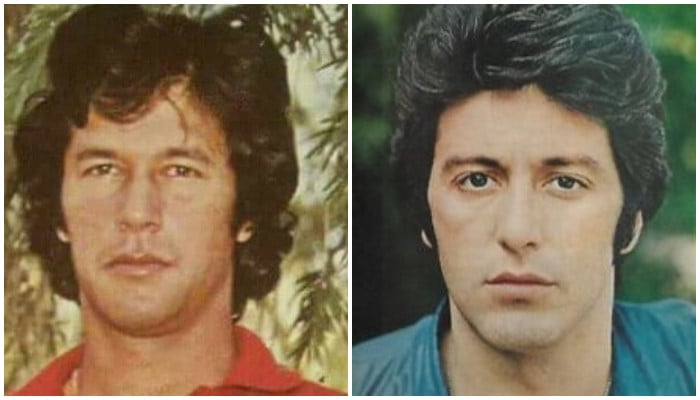 Pakistani Twitterati went into a frenzy after a fan account of American actor Al Pacino shared a picture of Pakistan’s prime minister side by side with an old picture of the Godfather actor.

In the picture, the two personalities can be seen sporting almost the same hairstyle and wearing sunglasses.

Another user uploaded old pictures of the prime minister and Pacino side-by-side, in which they again look identical.

Social media, in the past, has also declared English singer and Rolling Stones founder Mick Jagger a doppelganger of PM Imran Khan.

Interestingly, the two used to be good friends back in the day. Jagger attended the Sri Lanka vs Australia final in 1996 held at Lahore where reportedly, Imran Khan hosted him.