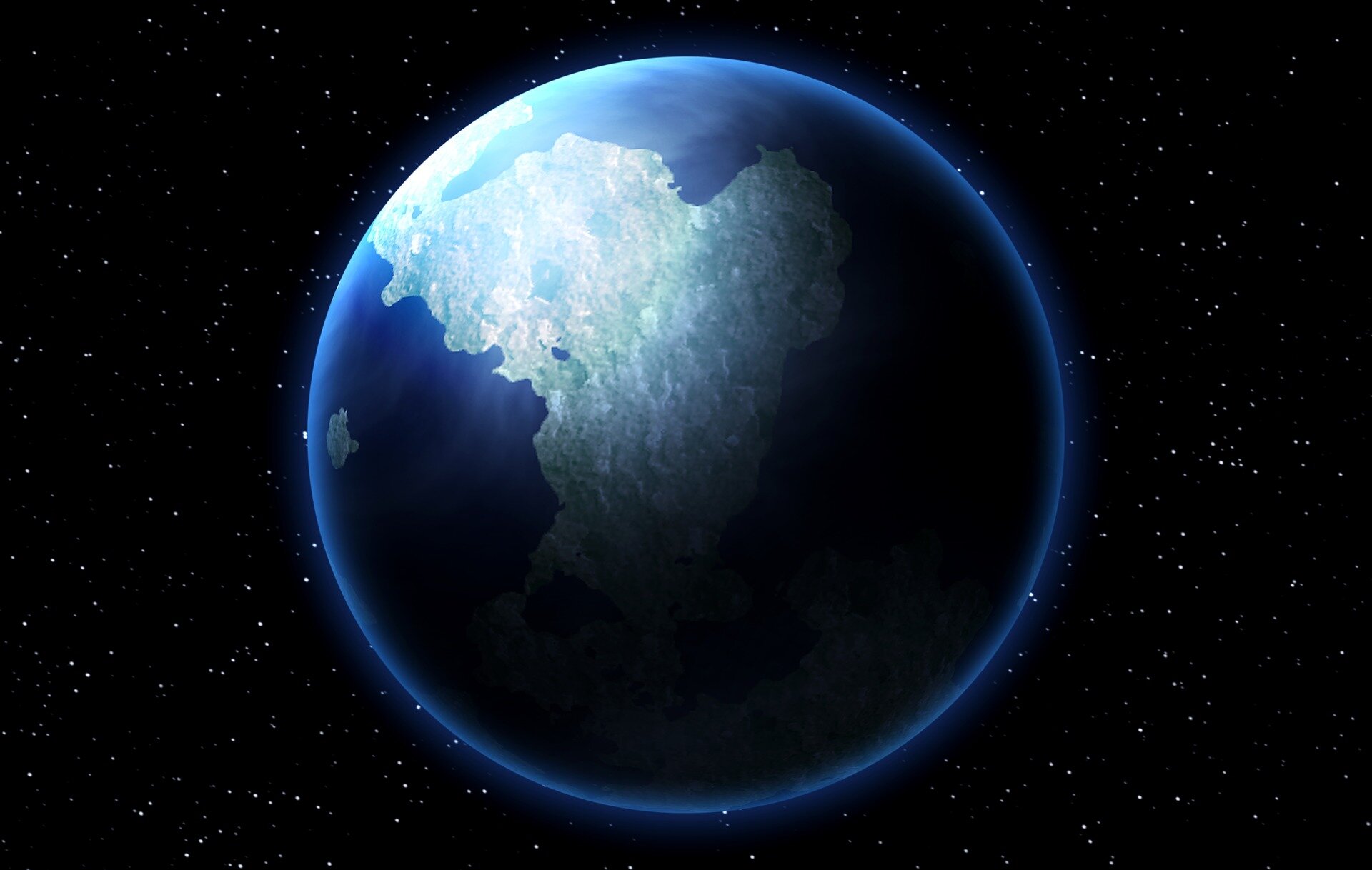 High-precision noble gas analyses indicate that solar wind particles from our primordial Sun were encased in the Earth’s core over 4.5 billion years ago. Researchers from the Institute of Earth Sciences at Heidelberg University have concluded that the particles made their way into the overlying rock mantle over millions of years. The scientists found solar noble gases in an iron meteorite they studied. Because of their chemical composition, such meteorites are often used as natural models for the Earth’s metallic core.

The rare class of iron meteorites make up only five percent of all known meteorite finds on Earth. Most are fragments from inside larger asteroids that formed metallic cores in the first one to two million years of our Solar System. The Washington County iron meteorite now being studied at the Klaus Tschira Laboratory for Cosmochemistry at the Institute of Earth Sciences was found nearly 100 years ago. Its name comes from the location in Colorado (USA) where it was discovered. It resembles a metal discus, is six cm thick, and weighs approx. 5.7 kilograms, according to Prof. Dr. Mario Trieloff, head of the Geo- and Cosmochemistry research group.

The researchers were finally able to definitively prove the presence of a solar component in the iron meteorite. Using a noble gas mass spectrometer, they determined that the samples from the Washington County meteorite contain noble gases whose isotopic ratios of helium and neon are typical for the solar wind. According to Dr. Manfred Vogt, a member of the Trieloff team, “the measurements had to be extraordinarily accurate and precise to differentiate the solar signatures from the dominant cosmogenic noble gases and atmospheric contamination”. The team postulates that solar wind particles in the primordial Solar System were trapped by the precursor materials of the Washington County parent asteroid. The noble gases captured along with the particles were dissolved into the liquid metal from which the asteroid’s core formed.

The results of their measurements allowed the Heidelberg researchers to draw a conclusion by analogy that the core of the planet Earth might also contain such noble gas components. Yet another scientific observation supports this assumption. Prof. Trieloff’s research group has long been measuring solar noble gas isotopes of helium and neon in igneous rock of oceanic islands like Hawaii and Réunion. These magmatites derive from a special form of volcanism sourced by mantle plumes rising from thousands of kilometers deep in the Earth’s mantle. Their particularly high solar gas content makes them fundamentally different from the shallow mantle as represented by volcanic activity of submarine mid-ocean mountain ridges. “We always wondered why such different gas signatures could exist at all in a slowly albeit constantly convecting mantle,” states the Heidelberg researcher.

Their findings appear to confirm the assumption that the solar noble gases in mantle plumes originate in the planet’s core—and hence signify solar wind particles from the center of the Earth. “Just one to two percent of a metal with a similar composition as the Washington Country meteorite in the Earth’s core would be enough to explain the different gas signatures in the mantle,” states Dr. Vogt. The Earth’s core may therefore play a previously underappreciated active role in the geochemical development of the Earth’s mantle.

A deep reservoir of primordial helium in the Earth

This document is subject to copyright. Apart from any fair dealing for the purpose of private study or research, no
part may be reproduced without the written permission. The content is provided for information purposes only.