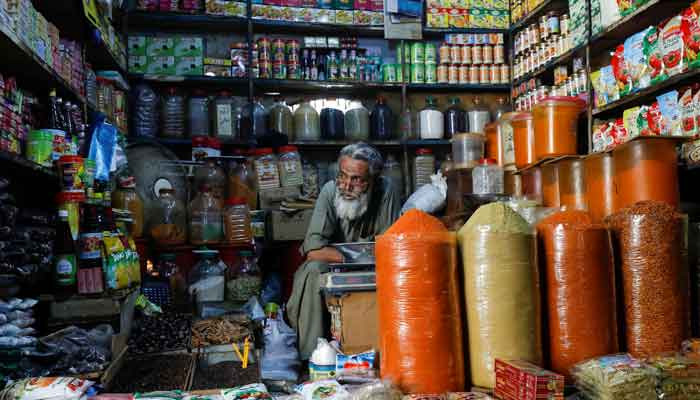 ISLAMABAD: All eyes will be on the National Assembly as the PTI-led government presents its third federal budget today (Friday).

The government has said it aims to move towards growth from stabilisation via direct interventions to provide relief to four to six million people. The budget revolves around the three Ds on the expenditures front, including debt servicing, defence and development.

Alarmingly, the resource envelope has diminished after paying resources to provinces under the NFC mechanism and fulfilling the debt servicing obligation.

All remaining expenditure obligations, including a large portion of defence, development and running of the government, including salaries and pension as well as provisions of subsidies, are met by obtaining domestic and foreign loans.

This is the state of affairs that budget makers face when tasked with presenting a plan detailing the country’s expenses and revenues. The major challenge for these budget makers will be to present a budget which contains an estimated amount of total revenues and expenditures that give a direction to the economy to achieve a growth of 5% of the GDP and satisfy the IMF at the same time.

If the IMF does not feel satisfied with the upcoming budget, the existing programme may land into suspension mode.

The government is all set to increase salaries and pensions of public sector employees, in the form of a 25% disparity allowance for federal secretariat employees. The government will grant another ad hoc allowance of 10 to 12.5% in the budget.

Pensions are also expected to be increased. The government may also announce its plan to kick-start defined contributory pension for new entrants into the public sector, but it requires changes in rules of business.

There will be certain risks to the budget, as the government envisaged a GDP growth rate of 4.8% and 8% inflation. The revised growth estimates for the outgoing fiscal year might go up to 4.5 to 4.7%, hence achieving a growth target of 4.8% in the next fiscal year, after touching a higher base, could prove a difficult task.

Secondly, there would be risks to curtailing the inflation at 8% when the commodities and fuel prices on the international market might witness a surge in the first half of the next fiscal year. This could come about due to an economic revival after the provision of vaccines picks up pace.

The POL prices witnessed a surge and touched $71 per barrel. The IMF wants to see the petroleum levy be fixed at Rs30 per litre to fetch Rs600 billion, although, the government is negotiating with the international money lender to have this amount reduced to around Rs450 billion for the next budget.

The FBR’s target of Rs5.829 trillion tax collection will be a challenging task, as the IMF and Pakistan government have divergent views on how to achieve this target.

The FBR presented its strategy whereby it wanted to rely upon enforcement and broadening of the tax base to collect additional taxes of Rs250 billion out of the required tax amount of Rs480 billion.

The FBR argues that its collection could go up to Rs5.32 billion with nominal growth of 13% and the remaining revenues would be collected with the help of slight adjustments in taxes, enforcement measures and broadening of the narrowed tax base.

With budget deficit curtailing at 6.4% of the GDP equivalent to Rs3,414 billon for the next budget against revised estimates of fiscal deficit standing at 7.5% of GDP in the outgoing fiscal year, the government requires fiscal adjustment of 1.2% of GDP in the coming budget.

The FBR’s tax collection and non-tax revenues could fetch Rs7.2 trillion. After paying provinces from the divisible pool, the Centre is left with meeting obligations of debt servicing it had to borrow to finance the budget deficit. There are certain expenditures of the State Owned Entities (SOeEs), which are not fully reflected on books.