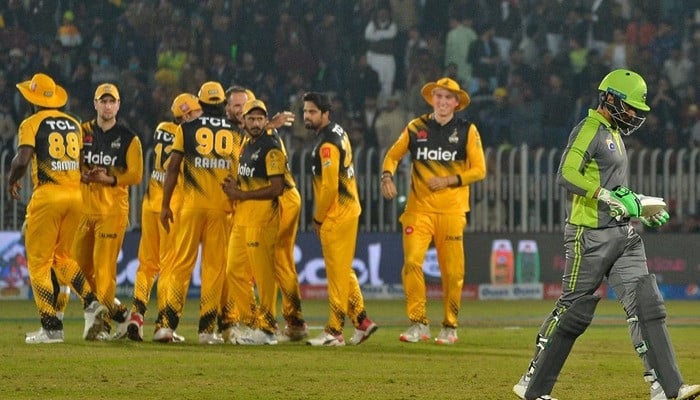 Peshawar Zalmi have opted to bowl first after winning the toss against Lahore Qalandars in match 17 of the Pakistan Super league (PSL) in Abu Dhabi.

The Lahore Qalandars will look to continue their winning run with hopes of beating Peshawar Zalmi today at the Sheikh Zayed stadium.

Match 17 is the second of the double-header being played in Abu Dhabi and the dew factor will trouble bowlers to a great extent.

Qalandars are entering the game with an edge after beating Islamabad United by 5 wickets in the league’s re-start match on Wednesday. While the win will boost Sohail Akhtar’s side, they also have an advantage of getting acclimatised to the conditions more.

They’re also on top of the table with four wins from five games while Zalmi have tasted victory in three of their initial five encounters.

Wahab Riaz’s side were outclassed by Lahore Qalandars when the two teams met each other in first leg of the tournament in Karachi on February 21.

Who ever wins tonight will propel to the top of the table.