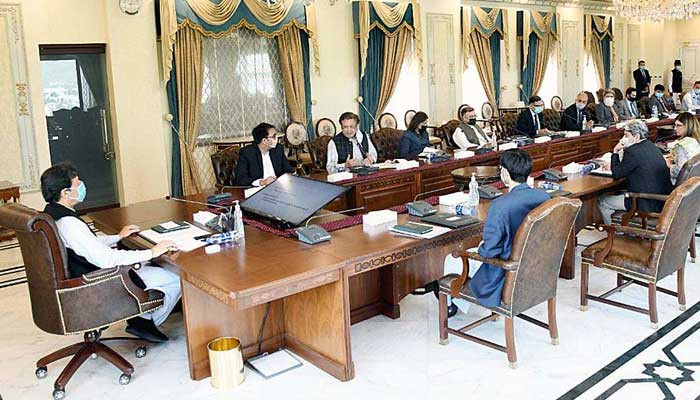 ISLAMABAD: Prime Minister Imran Khan Thursday said the country is heading towards economic stability and called for ensuring ease of doing business for the investors.

“As the country at the moment is moving towards economic stability, investment is the most important factor in sustaining this stability and achieving rapid economic growth,” he said while presiding over a meeting here regarding the removal of hurdles in the way of business and investment.

PM Imran Khan also directed all the federal ministries and provincial governments to take measures for the promotion of investment and ensure the timely realization of the set targets in that regard.

Advisor to PM Dr Moeed Yusuf, Special Assistant to PM Dr Shehbaz Gill, secretaries of the relevant ministries, Chairman National Electric Power Regulatory Authority (NEPRA) and senior officers were present in the meeting which was also attended by the chief secretaries of four provinces through video-link.

Secretary Board of Investment (BOI) briefed the meeting about all those measures which have been taken to remove hurdles in the way of trade and investment.

The meeting was told that the measures included amendments in laws, ease in tax collection system, making system of getting No Objection Certificates (NOCs) from other departments easy and changes in unnecessary and old procedures.

Meanwhile, the prime minister held a meeting with a delegation of foreign investors and said the government’s pro-investor policies had led to the revival of investors’ confidence.

The prime minister said the enhanced investment in multiple sectors also led to the creation of job opportunities and economic development.